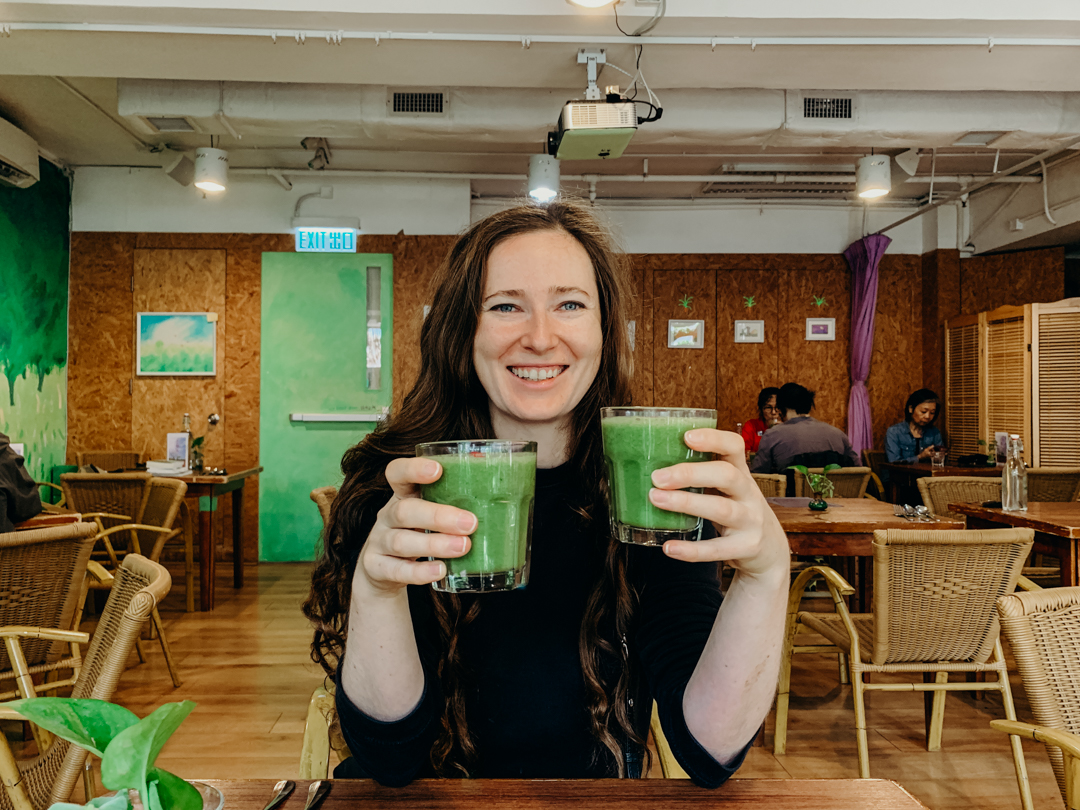 Staying in Hong Kong for 3 weeks, we had to visit the first and only raw vegan restaurant in Hong Kong on the Hong Kong Island. We liked most of the food and think you should try it out. 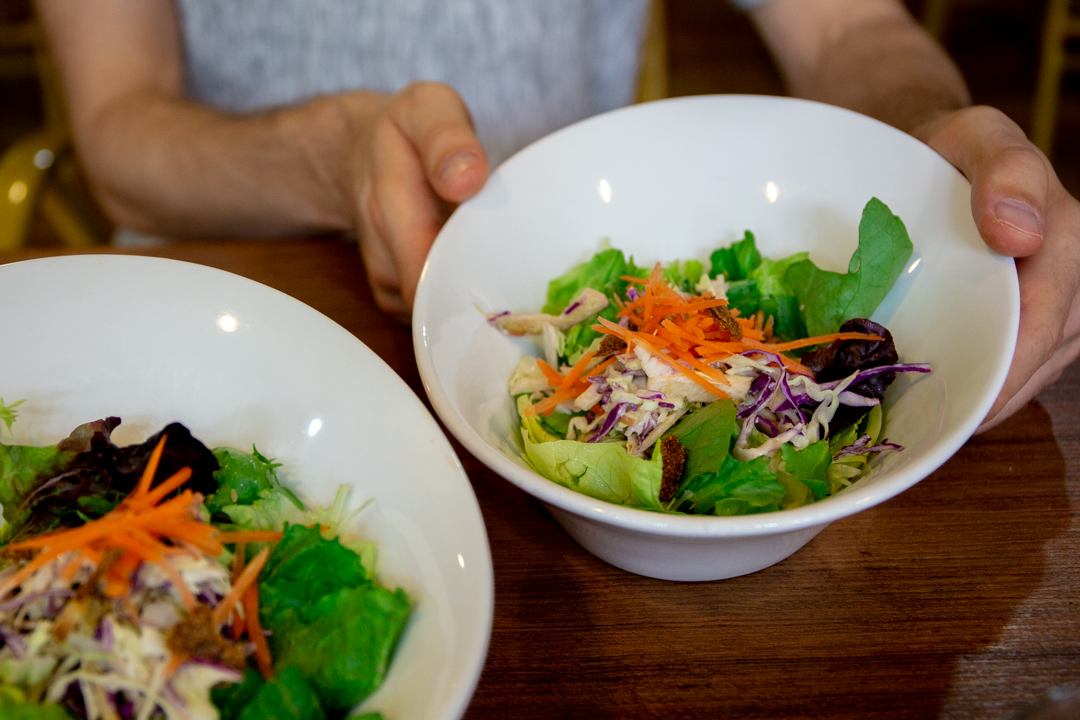 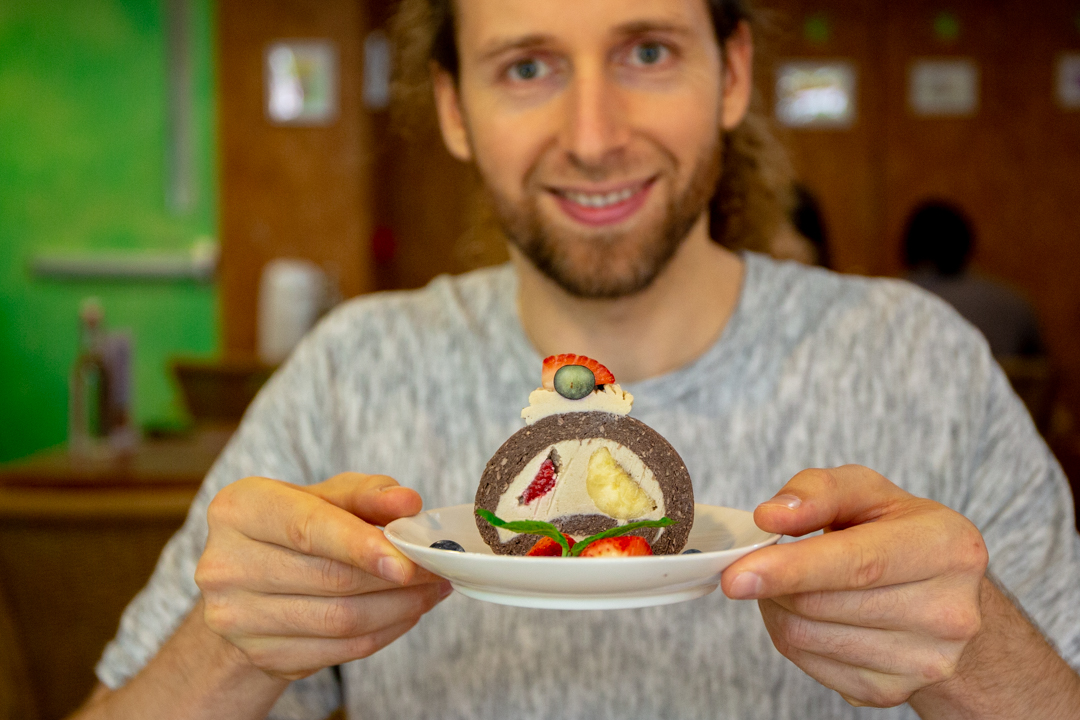 The Greenwoods raw cafe is easy to find if you have google maps on your iPhone and know that you have to look for a building where you have to take the elevator up to the 13th floor. There is no sign on the building, you have to find it by the address.

We ordered the menu and a la card. There is a daily special for the menu and we were lucky, Saturday seems to be the day with more options overall. 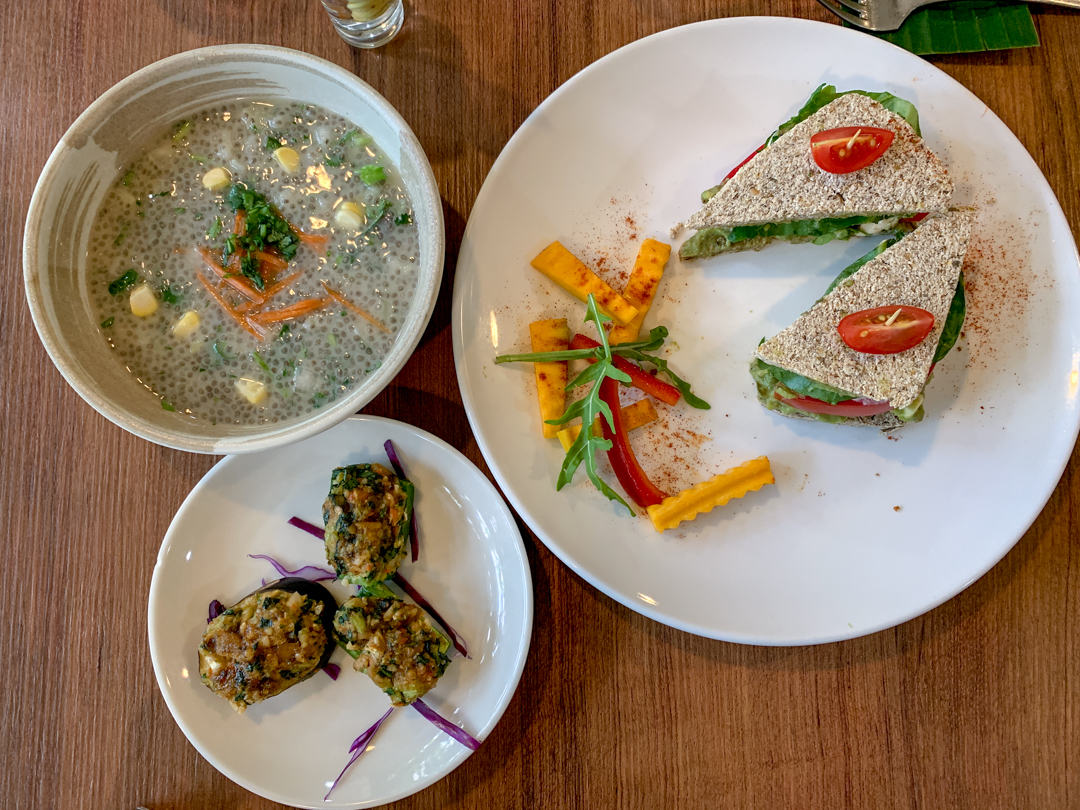 We took the set menu, there were not many options otherwise. We got one menu with the soup and the other with the non-fried vegies. The menu was 16,71€/148 HKD. 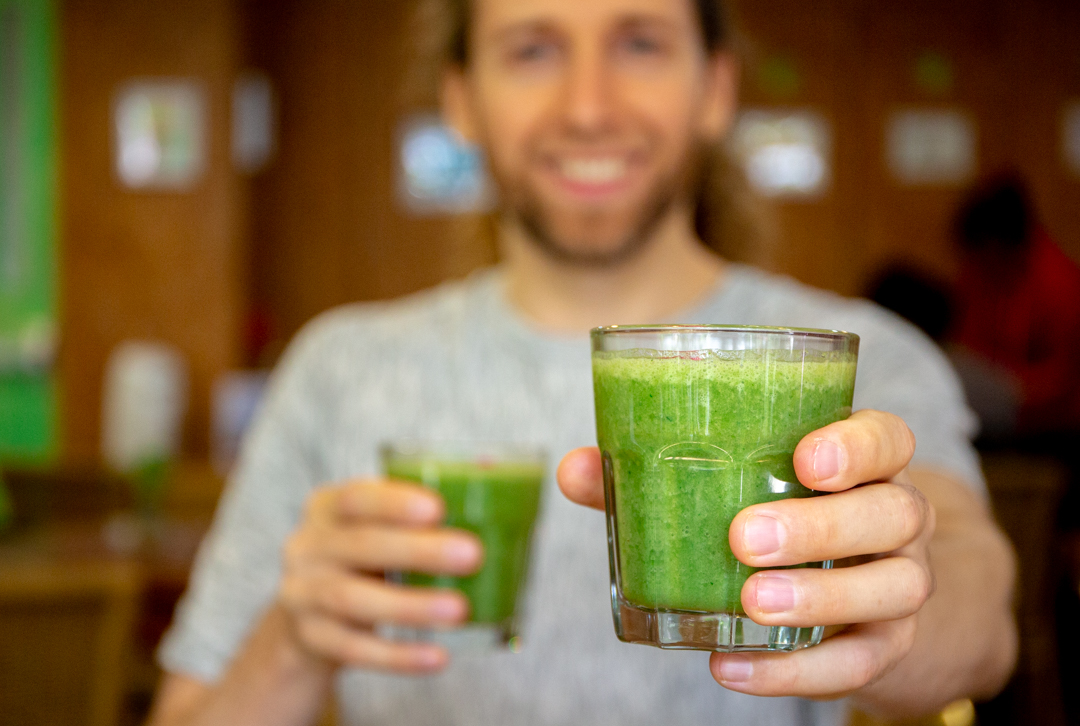 The smoothie (5,08€/45 HKD) was delicoius, I loved it. The consistancy and the taste was great. Lemony fresh, but creamy. 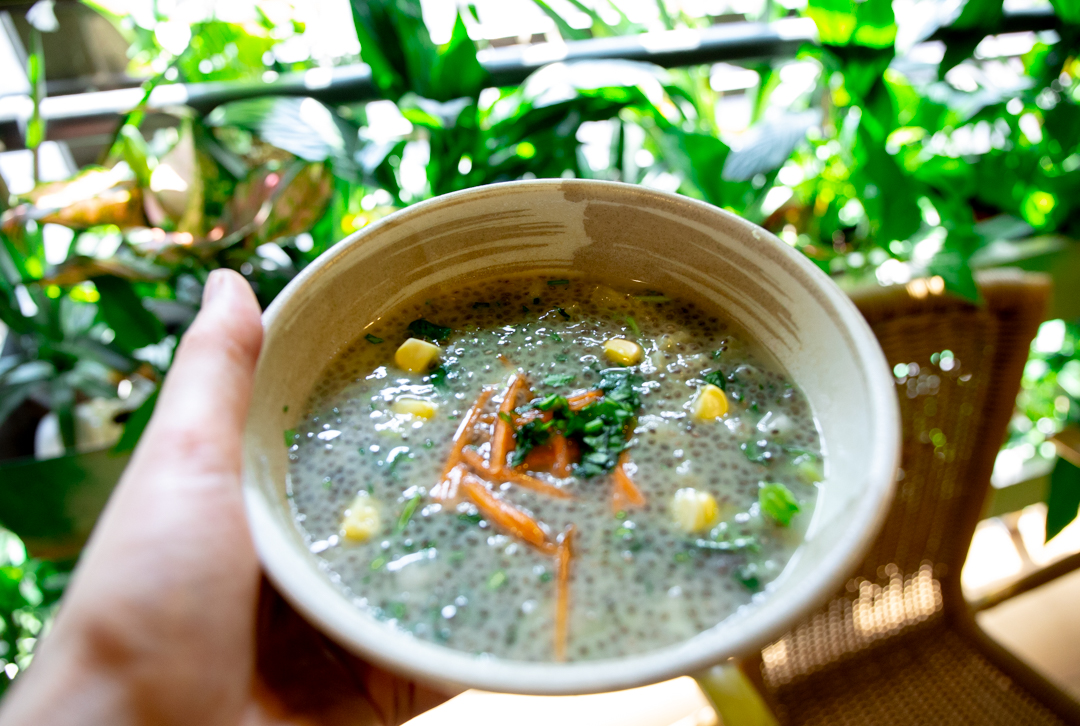 The soup was surprisingly delicousa and not the usual smoothie-in-the-bowl dish. Savoury and creamy, a little slimy maybe due to the chia and coconut. 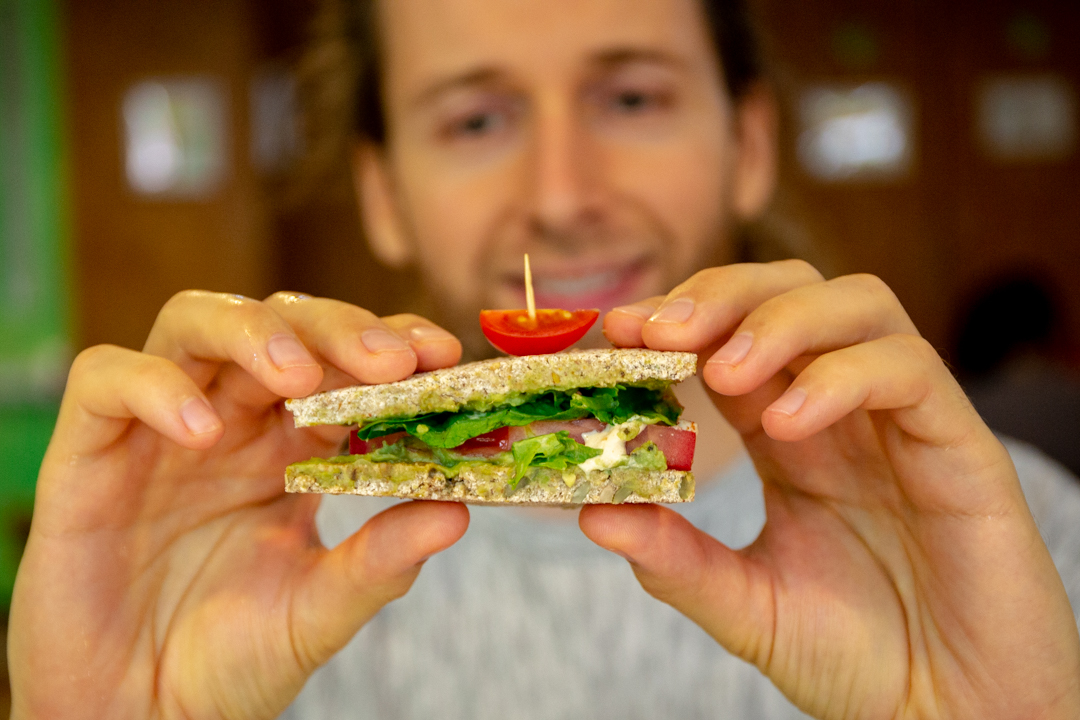 The bread was amazing, made with nuts and coocnut flour, super fluffy and airy. The mayo could have had a little more flavor, the vinegar taste was a little too much. The sandwich overall worked super well and was a nice size for one person. 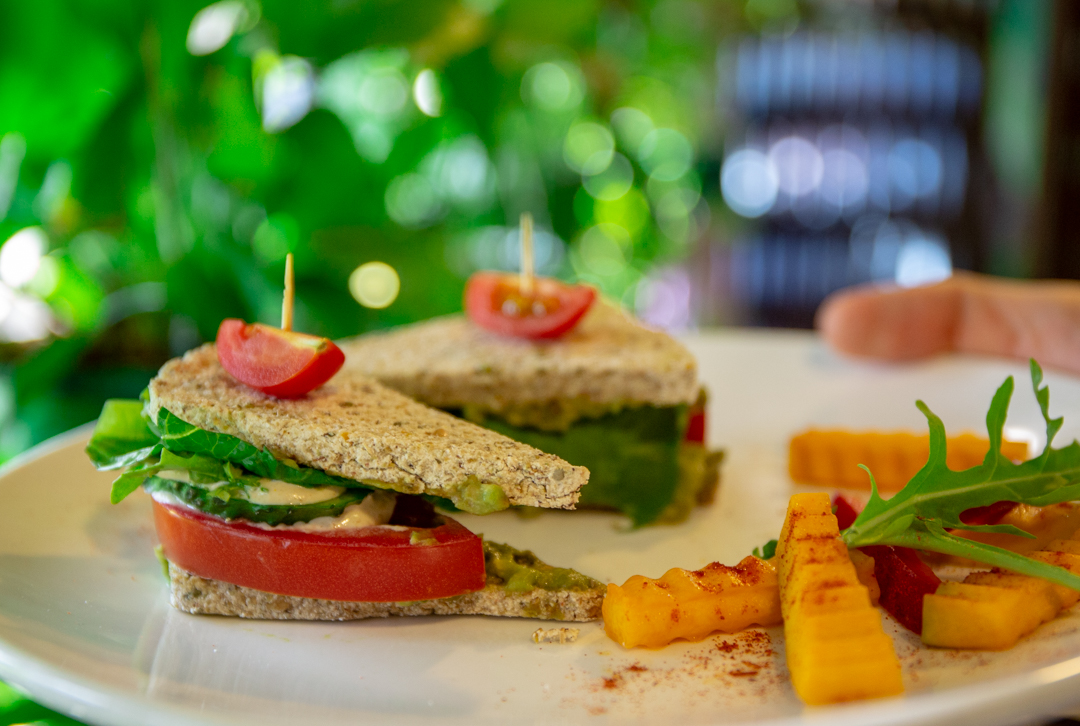 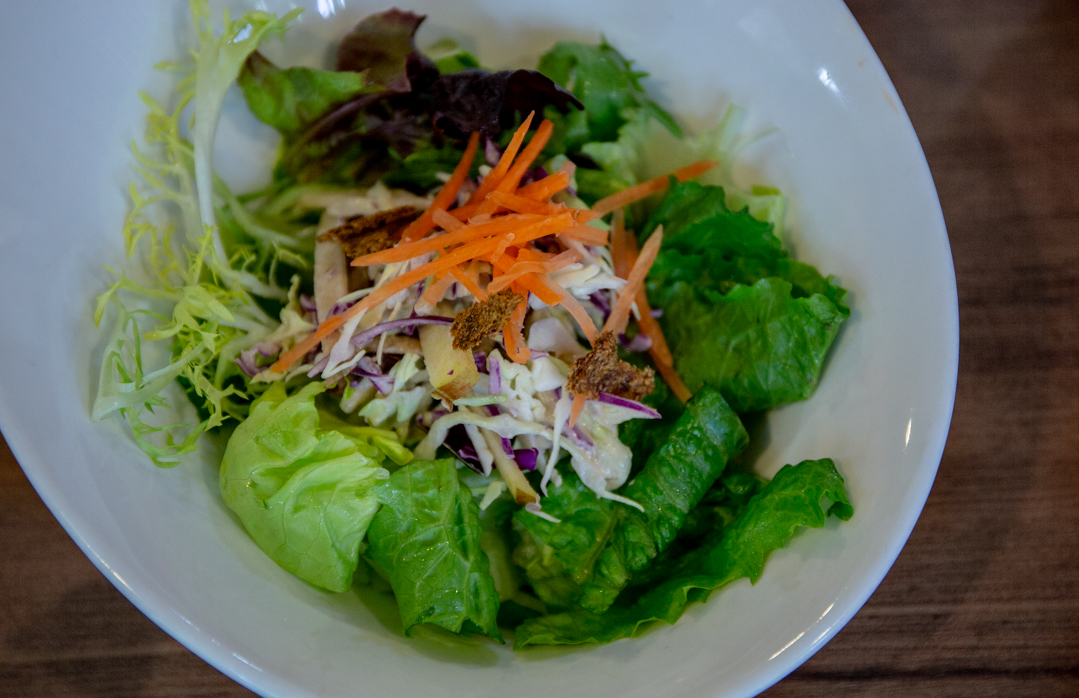 The salad (9,94€/88HKD) was fresh and yummy, the dressing was great and the toppings flavorful. 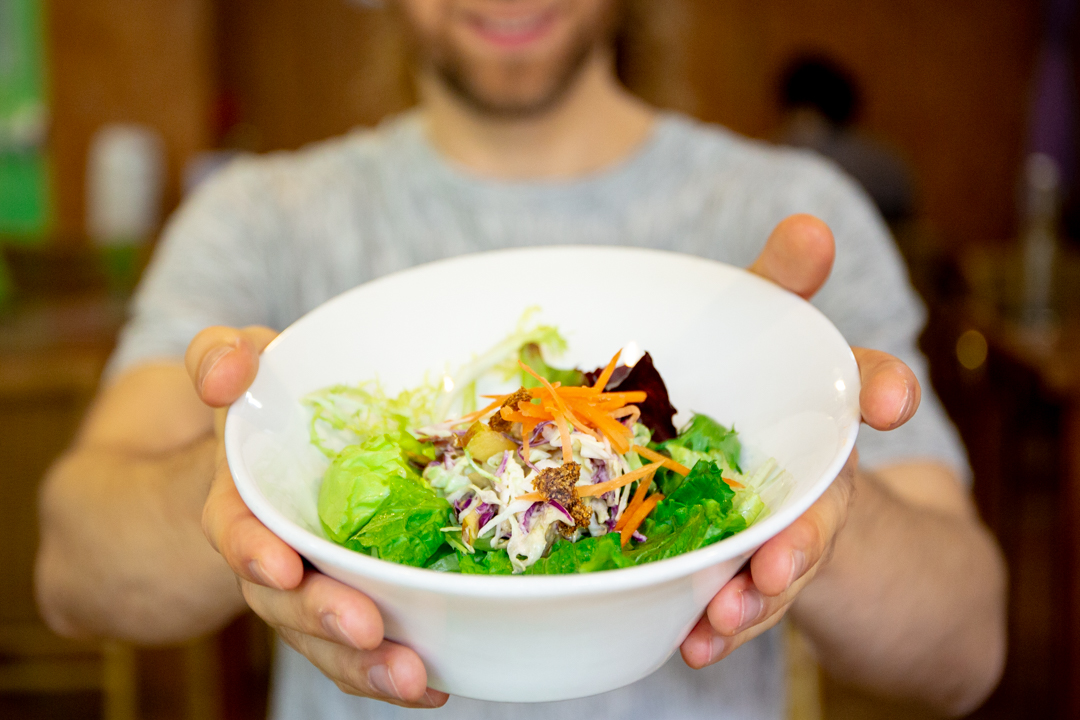 Additionally to the menu 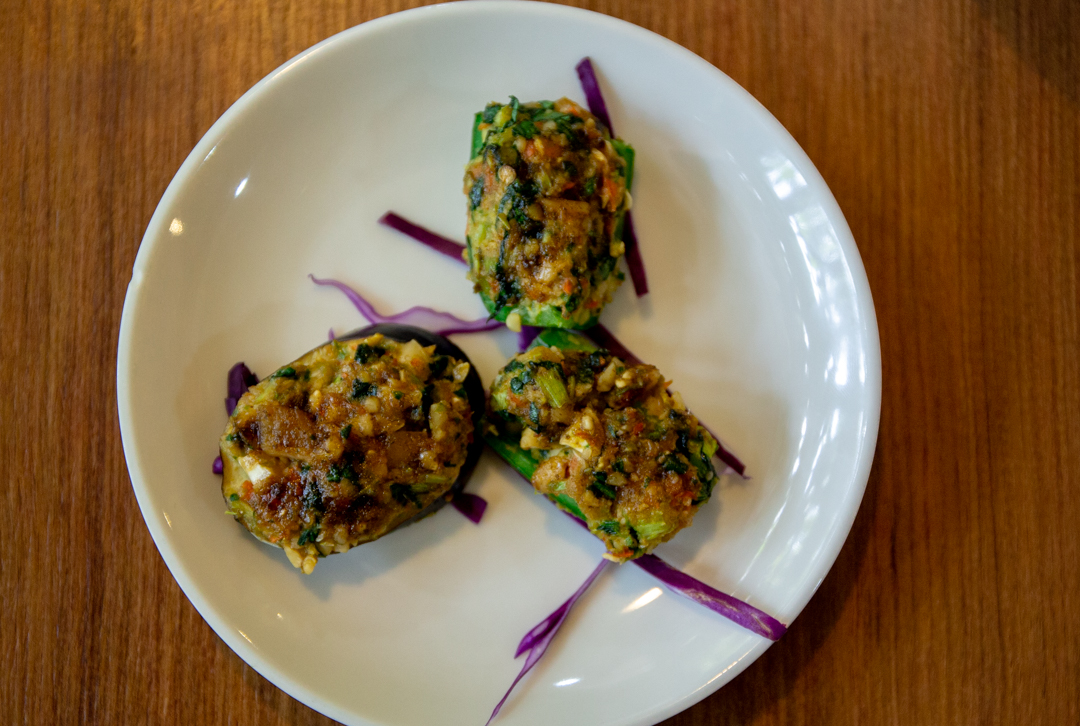 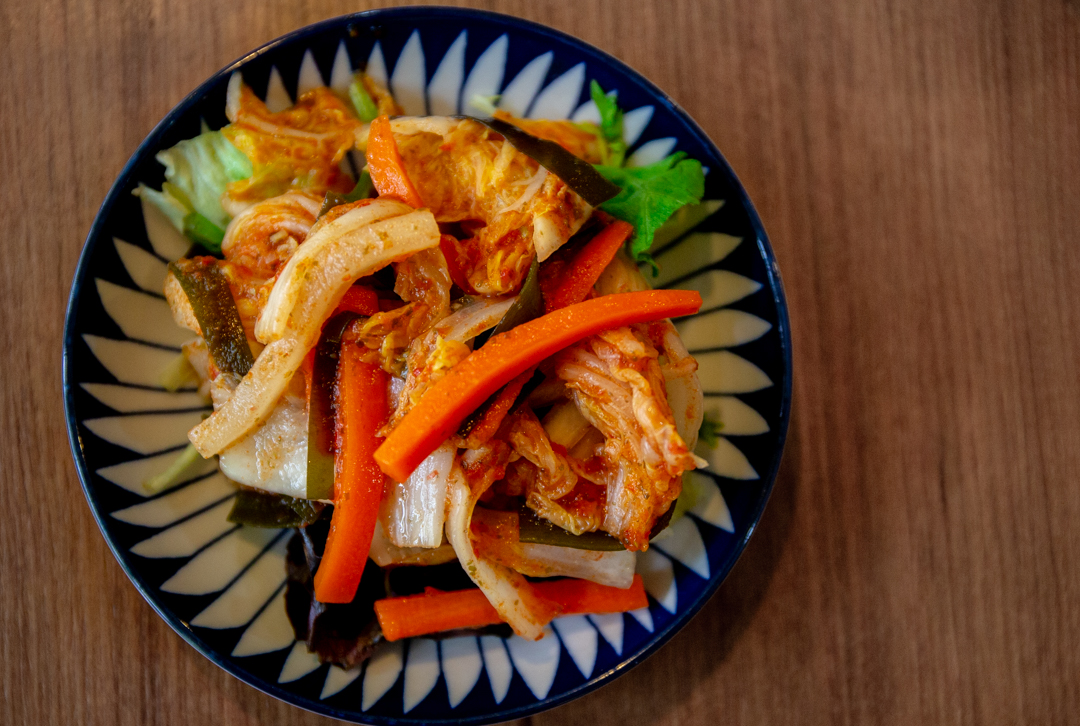 The kimchi (5,42€/48HKD) had the potential of being very good, but for my taste not fermented enough at all, quite “raw” and flavorless. It wasn’t too salty, which was great, but absolutely not for me. 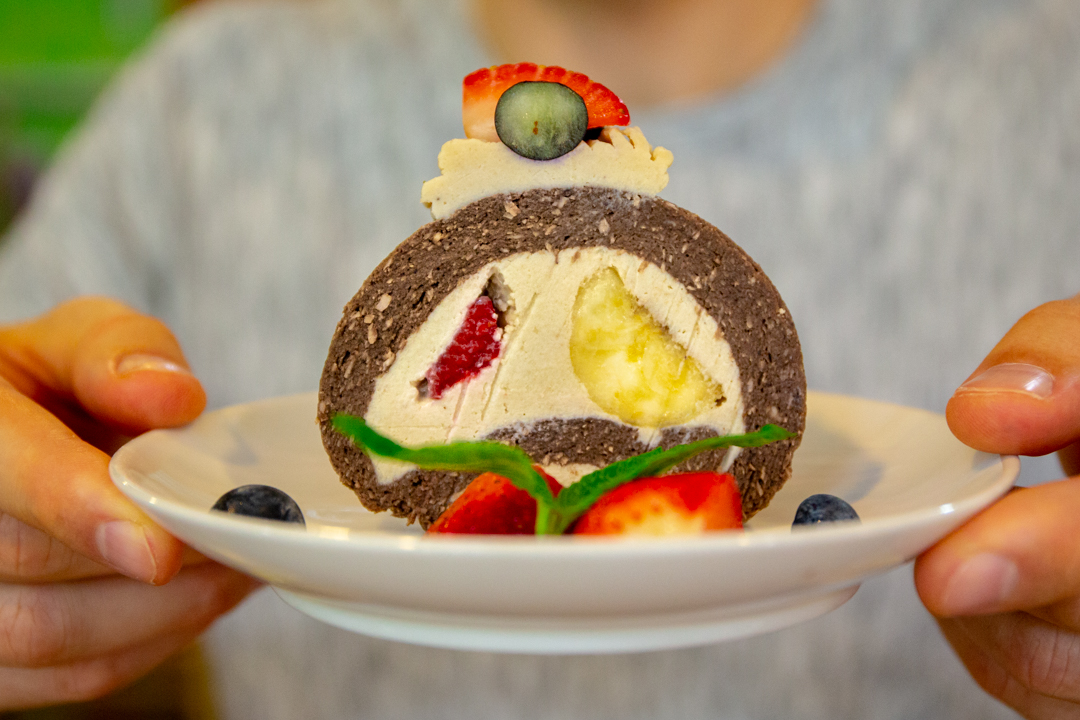 The cake (11,07€/98HKD) was very special and delicous. We were told it’s pricy bacuase it’s all organic, I find the price absolutely justified, however, I don’t believe it’s all organic, organic berries are very expensive and this restaurant is not certified organic. The berries are the first thing a restaurant would try to save on. I am not emplying the possibility doesn’t exist to get all organic ingredients in Hong Kong, even berries, it’s just unlikeley for a restaurant to do it 100% of the times. 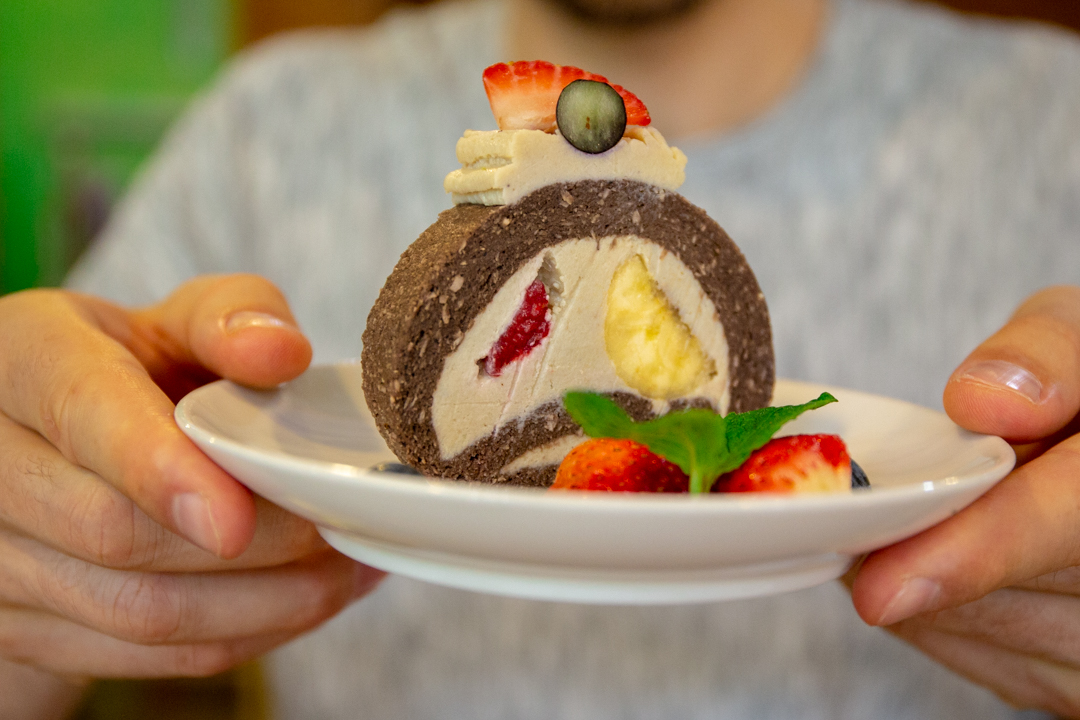 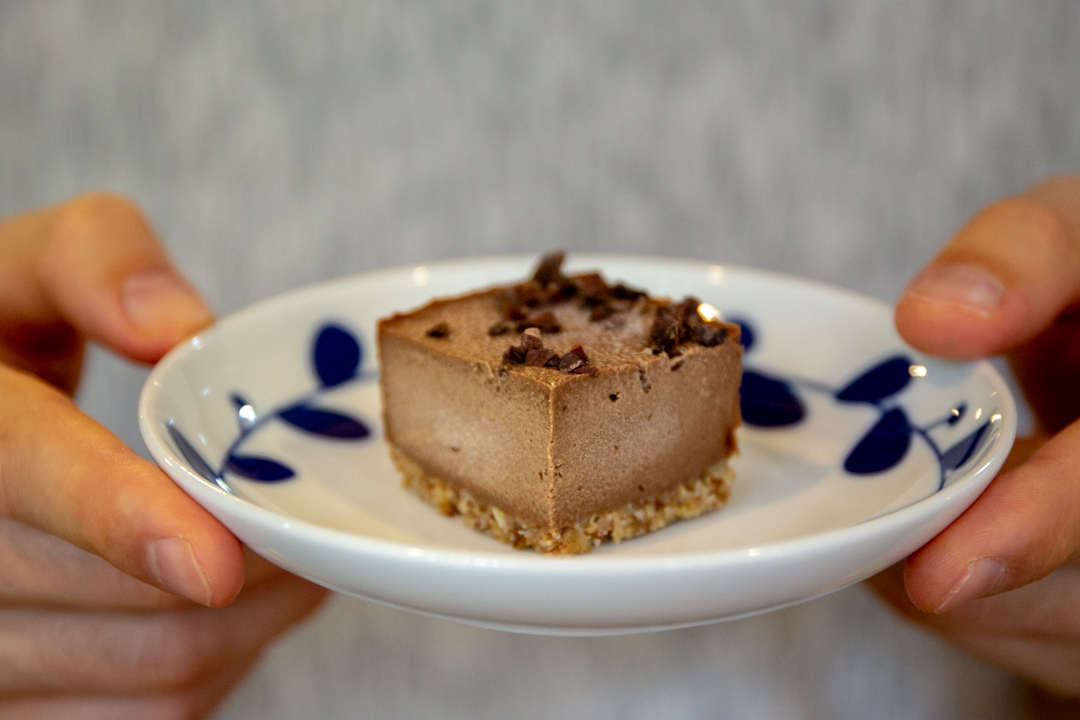 This cake (6.55€/58 HKD) was very delicoius and a perfect size for a raw cake. The consistancy was a little too firm, more like a chocolate bar, could be softer for sure.

The menu is relatively small but changes daily, so it’s enough to choose from if you come here once but fun enough if you come regularly. 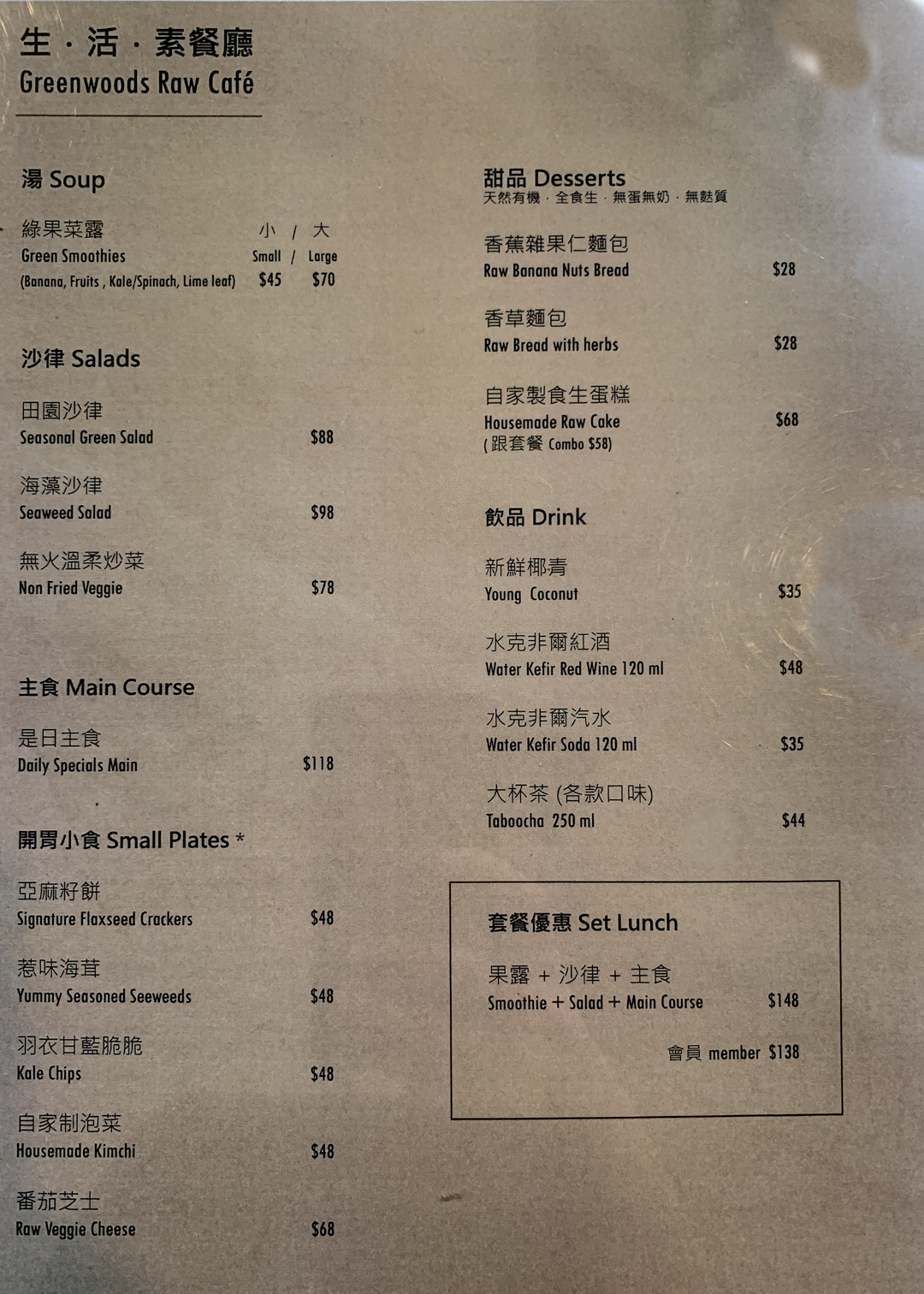 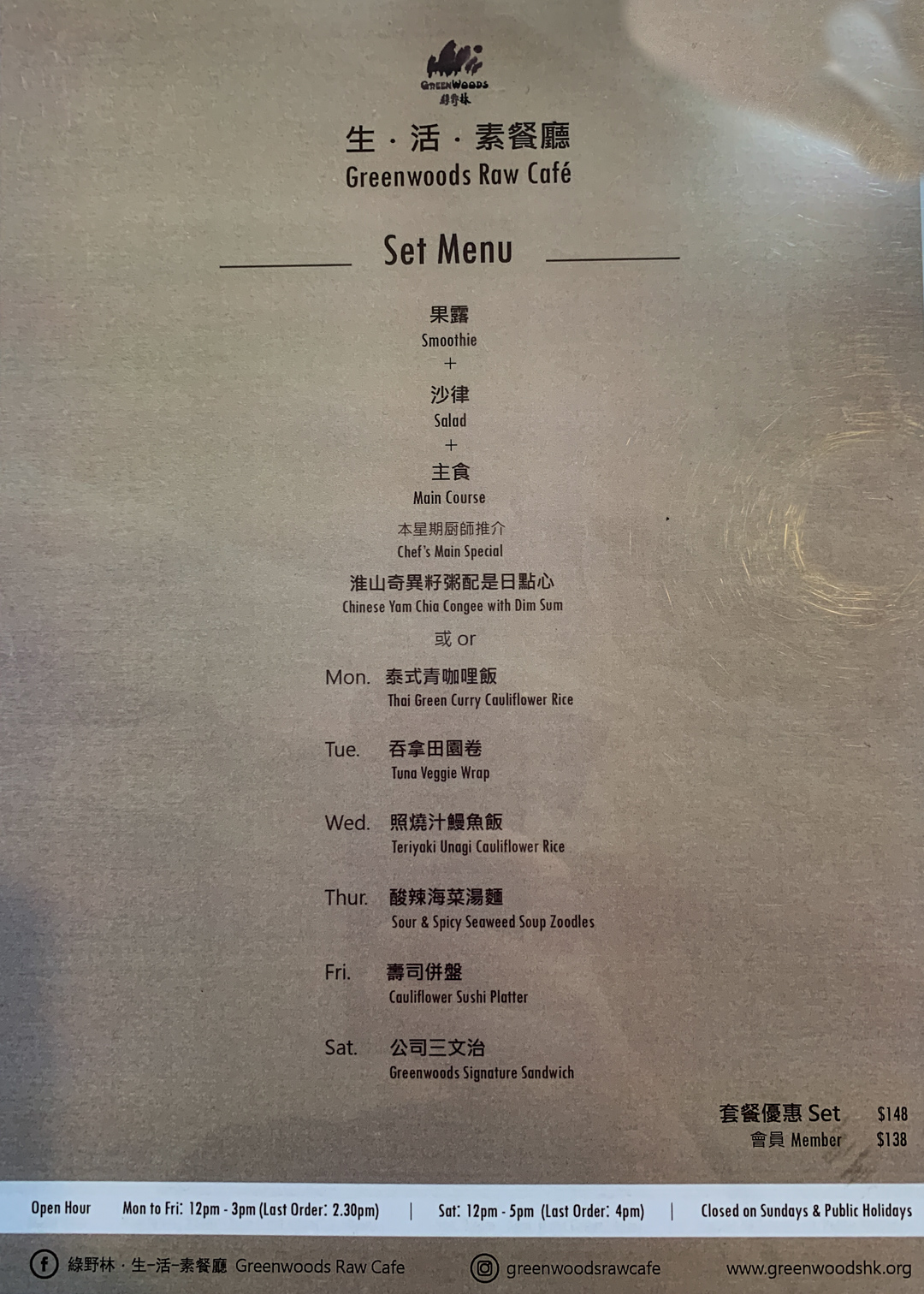 The menue is from the day before? 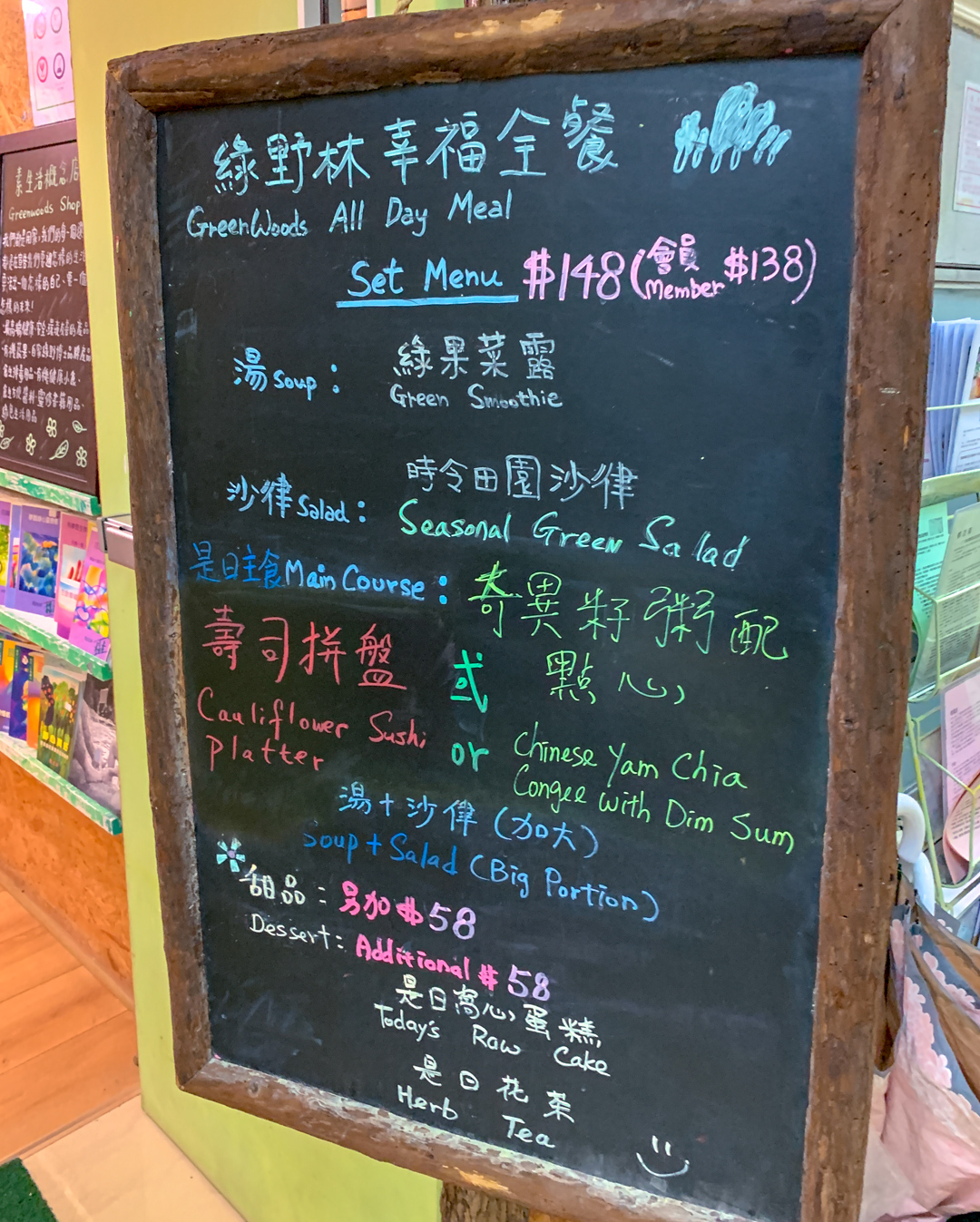 We arrived right at the opening on a Saturday, we had a nice chat with the owner and were about to order as the runny nose of a lady who explained to us the menu (probably the owner as well) started to drip on our table uncontrollably, she tried to contain her nose with her hands, the same hand she used to touch the menu and the cutlery a second later. She seemed not to care and whipped the snot only after I explicitly asked her to. From here on, we battled with the idea to just to leave, as this lady were in and out the kitchen with her runny nose doing nothing about it, but we got served our smoothy unexpectedly by someone else and we were just hoping our food to come would not be contaminated. The hygiene otherwise seemed great, but the careless behavior we just witnessed was a no-no hygiene wise and a manifestation of the carelessness I guess.

We had no special requests here, we were kind of set off by the nose incident and pretty much wanted to get over with the meal and leave.

The waiting time was short. There were just a few other guests, so the food came out quickly.

The food is partially organic, the raw ingredients were fresh.

Some dishes were awesome, some not great at all.

The dishes were somewhat creative, the soup was pretty unique, the cake rolling method great.

The portion sizes were on the smaller side, the menue is ok as a light lunch, but it is also very affordable and and additional cake or bread can be added.

My rating of the Greenwoods cafe 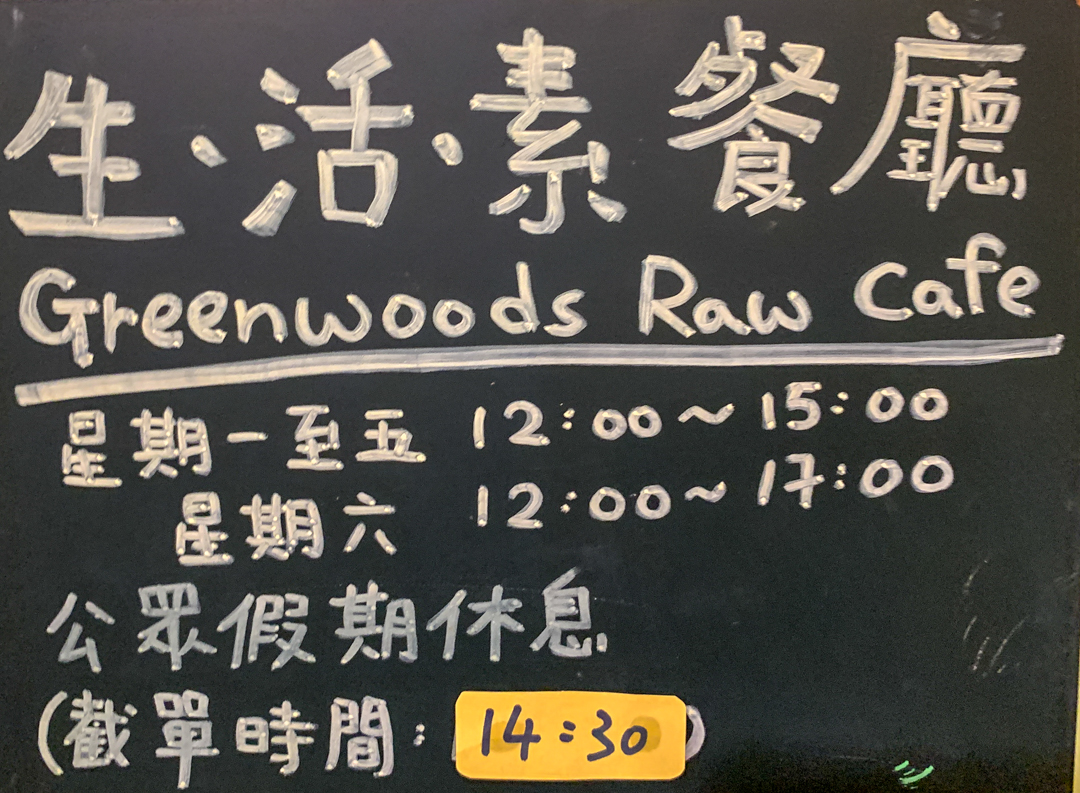